LIDAR (Light Imaging Detection and Ranging) measures the distance to a target by illuminating it with a laser light and then measuring the reflected light with a sensor. This information can then be used to make digital 3D representations of the target. 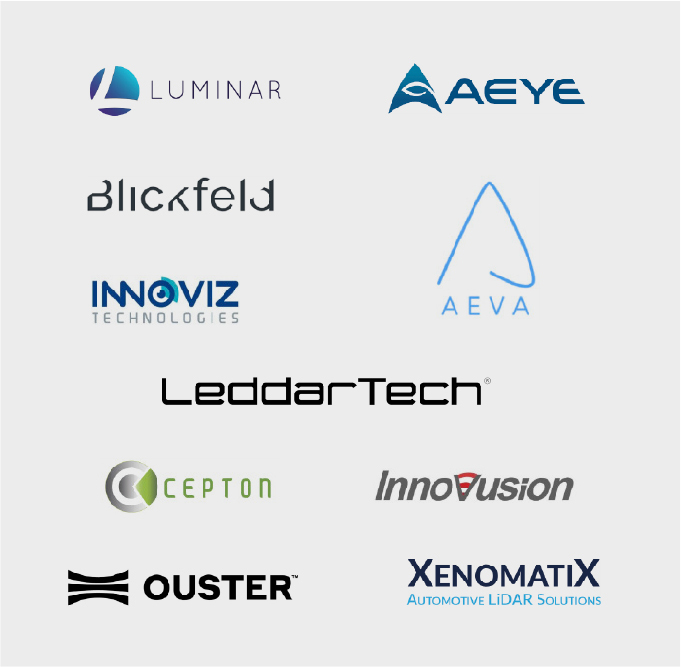 LIDAR solutions are essential for the technical progression of autonomous vehicles and Advanced Driver Assistance Systems (ADAS). Blickfeld is a German start-up developing LIDAR sensors for a variety of applications, including autonomous vehicles. It recently secured financing to ramp up production, qualify its LiDAR sensors for the automotive market, and strengthen its approach for industrial markets.

Innovusion is another developer of LIDAR sensor systems for autonomous vehicle and ADAS markets, while Xenomatix is a fast-growing Belgian company with an expanding LIDAR portfolio and related software products. It recently opened an office in the US following the establishment of a German operation last year.

One of the largest players is US-based Luminar which is working with most of the major OEMs as part of their global autonomous development programmes. Last year the company raised a further $100m.

Like LIDAR, radar uses similar principles to scan surroundings, detect objects at a distance, and define their speed but does it through the use of radio waves and antennae, as well as receivers and processors.

One of the advantages of radar is that it can work over a longer distance and operate in more varied conditions and environments, and automakers are increasingly looking for innovative radar that provides longer range, higher resolution, and greater accuracy. Indeed the global automotive radar market is forecast* to reach US$10.5bn by 2026.

Among the companies at the forefront is Israeli-based Arbe which has developed a high-resolution radar chipset which, it says, is a game-changer for the automotive industry and which it is now pushing to bring it into production.

Another player is Lunewave which manufactures lens antennae and radar sensors that can act as the ‘eyes’ of self-driving cars. The spherical sensors have a 360-degree field of view and can detect objects surrounding a car with high resolution, even at long range and in poor weather. 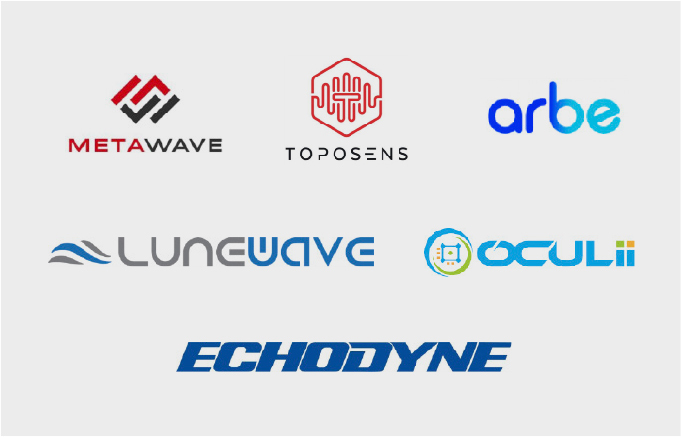 German-based Toposens has developed 3D ultrasound sensor vision that uses sound to support precise 3D vision for autonomous driving. Unlike existing sensor technologies that can be negatively impacted by light conditions, reflections and weather, its sensors are able to generate 3D point clouds to guide autonomous systems across a variety of applications. A notable deal earlier this year saw Hella, a leading automotive supplier for radar, lighting, and electronic systems enter into a strategic partnership with Oculii, a pioneer in advanced software solutions for radar technology.

Deep learning techniques are ushering in a revolution in computer vision which is now being deployed across a variety of platforms such as drones, robots and IoT smart cameras.

One company at the forefront is Deep Vision which has specifically developed an ultra-low-power processor as well as a stack of complementary software. Likewise, Deepscale, which was acquired by Tesla last year, is a start-up that uses low-wattage processors to power more accurate computer vision. It has developed a way to use neural networks on small, low-cost, automotive-grade sensors and processors to improve the accuracy of ‘perception’ systems which use sensors, mapping, planning and control systems to interpret and classify data in real-time. 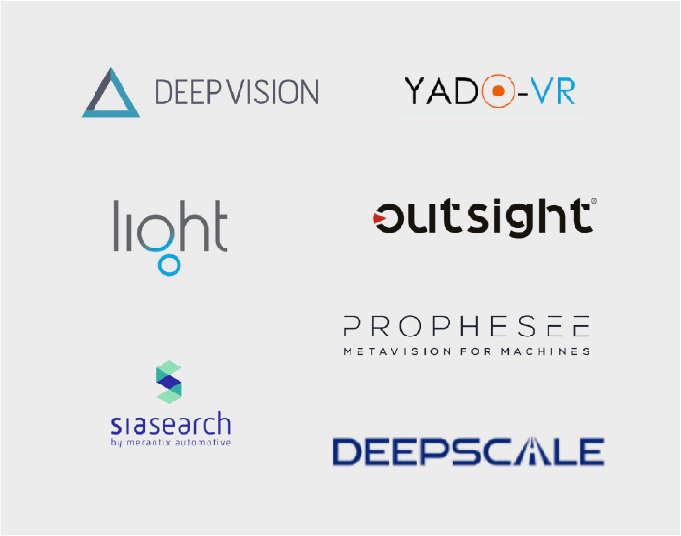 Another player is French company Prophesee which recently received investment from the European Investment Bank. It specialises in the design of neuromorphic vision sensors and AI algorithms, and the funding will go towards international commercial deployment and to complete the development of its fourth-generation sensor. Yado-VR, which creates 3D models, maps and objects based on processing LIDAR data, has also attracted new investment.

Testing new autonomous technologies is paramount for automakers with results constantly feeding back into vehicle development.

Understand.ai is one company pushing the boundaries of technology and AI to advance autonomous driving. It provides training and validation data to enable mobility companies to develop computer vision and machine learning models that can reliably and safely power autonomous vehicles. It says the test space for such functions is huge as 8 to 10 billion miles have to be driven without a fatality to prove that an autonomous vehicle is safer than the average human driver regarding that measure.

It is not feasible for most companies to capture this high complexity and perform this large amount of testing on real roads only, which is why simulation will play such a crucial role in the development cycle. 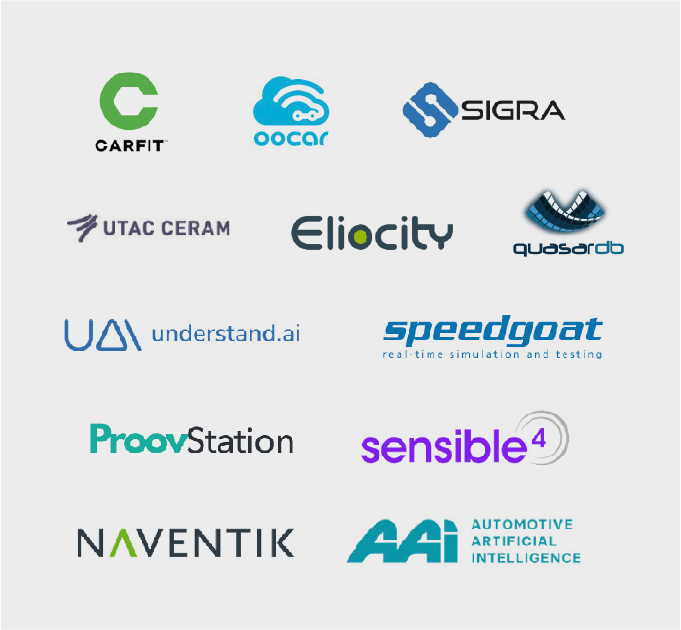 Last year Continental announced a collaboration with German player Automotive Artificial Intelligence (AAI) to develop virtual simulation tools, and also invested an undisclosed amount in AAI. Another player in this field is French company UTAC which recently unveiled a new innovation centre dedicated to the development and testing of connected and automated vehicles.

For a full M&A activity overview please download our publication