Donagh Kelly certainly enjoys life in the fast lane. At weekends the founder of the telecoms contracting group KN is most likely to be found screeching around the Irish countryside as he indulges in his great passion for motorsport rallying.

“I’m a boy racer at heart,” he admits. But when the 47-year-old isn’t racing down Irish roads he is busy continuing to scale up the KN Group, the company he first founded as a 23-year-old, into a global player. Kelly began his career as a quantity surveyor. When a firm he was working alongside in Scotland went bust, he did a deal with the receiver to purchase some specialist road laying equipment.

“I remember saying to myself there’s some good equipment there, so I literally cobbled together the cash I needed to buy it and set up KN Transport Services, the genesis of the business today.” 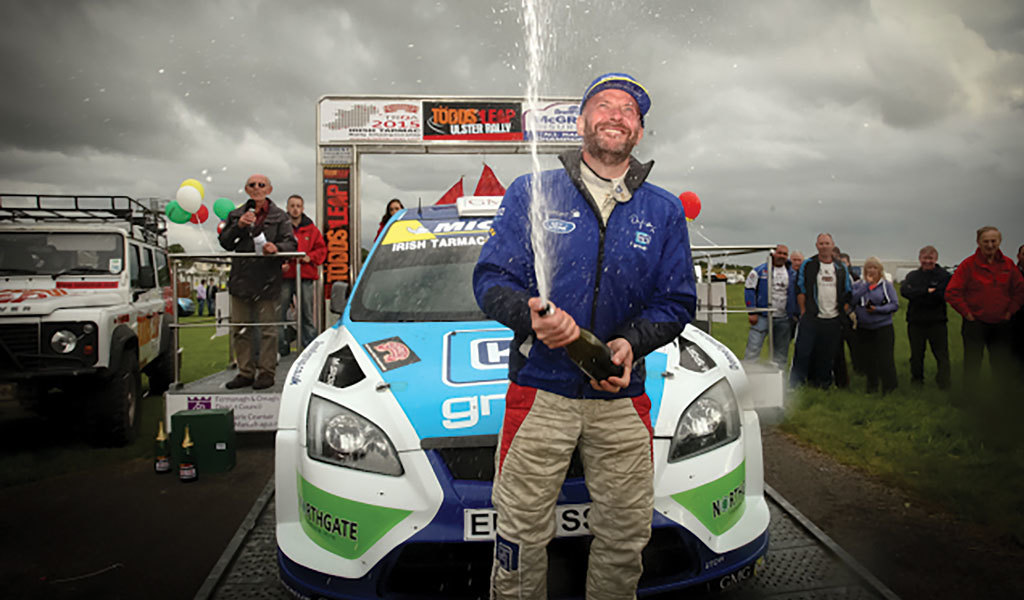 Kelly says he never deliberately set out to create a global business. “I think being an entrepreneur is inherent in your DNA, you don’t decide to just become one. You can be very successful in business, make a lot of money, and not be an entrepreneur. I think the difference is that when opportunities come to you as an entrepreneur you cannot ignore them, you find that you just have to go after them.”

Kelly has certainly faced his fair share of challenges along the way, most notably the economic crash a decade ago.

“As a business we had no debt so were not exposed to banks like many companies, but we were exposed to the market. In Ireland revenues fell 40% and prices 20%. We came through it but only via mass redundancies, pay cuts, and working on minimal salaries. It was a terribly tough time.”

I think being an entrepreneur is inherent in your DNA, you don’t decide to just become one.

However, a couple of years later, the company won a contract to build networks for a mining company in West Africa, a defining moment for the business.

Adds Kelly: “It was a big risk, I had to go on gut feel and roll the dice. But I knew that if it worked it would work well, and we ended up spending seven successful years there. It was great learning for us and a pivotal point in our development as a business. We were literally building telecom networks to a western standard in an extremely challenging environment.

“What it gave our business, and me, was a sense of confidence that we could build networks anywhere in the world. There was no environment where we could not build, and we also realised just how good we were. It gave us huge confidence in terms of what we were capable of. Looking back, getting from a €10m to €50m turnover business was a struggle, getting from €50m to €100m was tough, €100m to €200m not quite as hard, and then €300m just happened. But we are not complacent for one minute. It is one thing getting to that number, but another sustaining it and further growing.”

Asked what makes KN stand out from the crowd, Kelly says it’s because “what we do matters”.

“We have managed to keep the feel of a family type business and that’s really important to us. We want staff to feel like we have a purpose, that it is not just a job, and doing the right thing is part of that.

“We are also very mindful that staff needs are evolving too. For instance we have a lot of millennials in our business, staff who are looking for a better work/ life balance but also want that career progression path. It comes down to excellence, doing things to a high standard, and making yourself more viable and self-sustaining as a business.”

Despite the present economic and political turmoil caused by Brexit, Kelly insists that its main UK and Irish markets remain buoyant. “Yes, Brexit is a concern and all we can do is prepare as best we can and have our own contingency plans in place, especially regarding possible restrictions on the movement of people. But our links with the EU are very strong and they are only further strengthened by the merger with Circet.”