With increasing demand from a range of transportation segments, fuel cell technology is expected to grow exponentially in coming years.

A report ¹ just released by the Hydrogen Council shows a rapid acceleration of hydrogen projects in response to government commitments to deep decarbonisation. As of early 2021, more than 30 countries have released hydrogen roadmaps and 228 large-scale projects have been announced along the value chain, with 85% located in Europe, Asia, and Australia.

One country which has already proclaimed fuel cell technology as a priority sector, and which is pouring billions into the sector is China

The Council says that if all announced projects come to fruition, total investments will reach more than $300bn in spending through 2030. Of this investment $80bn can be considered ‘mature’, meaning that these projects are in the planning stage, have passed a final investment decision, or are under construction, already commissioned or operational.

One country which has already proclaimed fuel cell technology as a priority sector, and which is pouring billions into the sector is China as part of a wider 10-year plan to upgrade its manufacturing industry. The country spent around $12.4bn on supporting fuel cell powered vehicles in 2018. 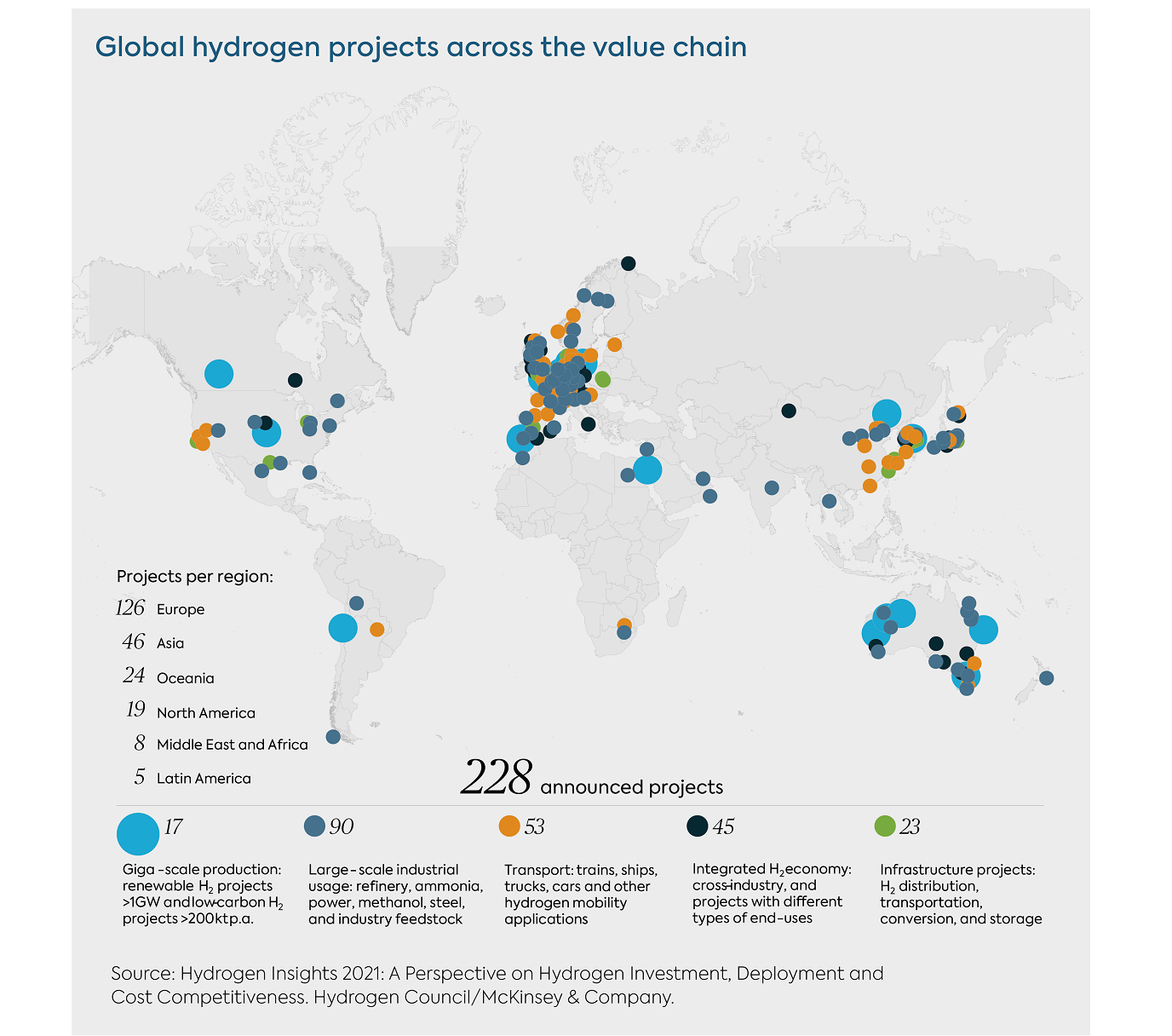 As customer awareness of the advantages of fuel cell technology increases, so the underlying market is expanding and hydrogen vehicles are increasingly being launched into series production.

Toyota’s second-generation Mirai, which is powered by electricity made in its fuel cell stack, went on sale in Japan last year and the company is aiming to make 30,000 vehicles a year. It is also building a new plant to accommodate the expansion of fuel cell stack production.