The growing momentum in the fuel cell industry is demonstrated by a series of recent strategic partnerships and M&A transactions, and increased support for accelerating mass-market fuel cell deployment. Over the last couple of years a number of large automotive suppliers and industrial groups have entered into partnerships with specialised fuel cell companies, and as consolidation takes hold the number of independent fuel cell players has been significantly reduced.

South Korea’s SK Group is investing $1.5bn in US hydrogen fuel cell maker Plug Power as part of a JV. SK is aiming to produce 30,000 tonnes of hydrogen in 2023, rising to 280,000 tonnes by 2025. Plug Power recently entered the hydrogen-powered truck market and is also diversifying into drones, aircraft and power plants.

ElringKlinger and Plastic Omnium set up a JV called EKPO Fuel Cell Technologies dedicated to fuel cell stack development, production, and commercialisation. Both companies have been heavily investing in hydrogen technology. By 2030 the JV aims to reach a market share of 10 to 15% in the fuel cell technology business, representing revenues of between €700m and €1bn. Plastic Omnium also recently acquired Swiss Hydrogen and Belgium-based Optimum CPV. 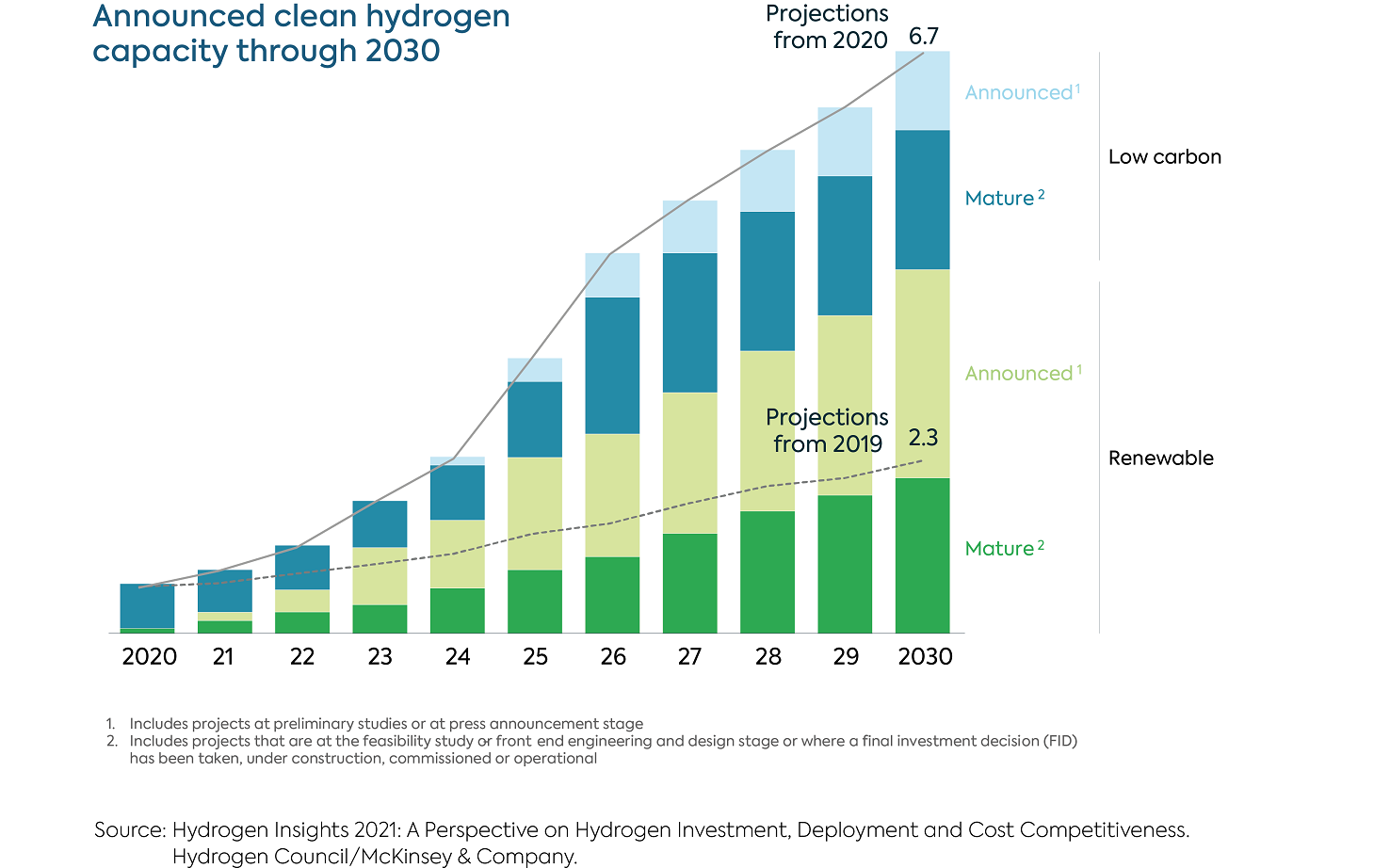 Michelin and Faurecia formed a JV called Symbio combining all their hydrogen fuel cell dedicated activities. The venture is tasked with developing, producing and marketing hydrogen fuel cell systems for light vehicles, commercial vehicles and trucks as well as for other areas of electro-mobility.

Ballard Power Systems entered into a strategic collaboration with Weichai to support China’s burgeoning fuel cell EV market. The deal involves a commitment by Weichai to build and supply at least 2,000 fuel cell modules for commercial vehicles in China. Weichai Power is a leading automotive and equipment manufacturer.

Bosch is planning full-scale production of distributed power stations based on solid oxide fuel cell technology developed by Ceres Power, a system regarded as ideal for small power stations based in factories and data centres, and for use in EV charging infrastructure.

Ceres Power and Weichai announced a JV to create a fuel cell manufacturing operation in China. The JV will target the rapidly growing Chinese market opportunity for fuel cells.

Hyzon Motors, a fuel cell truck startup, is going public via a merger with Decarbonization Plus Acquisition Corporation. Hyzon has an exclusive focus on hydrogen in the commercial vehicle market and was originally spun out of Singapore-based Horizon Fuel Cell Technologies.

The Stellantis automotive group has announced that three electric transporters from Opel, Peugeot and Citroën will be offered with a fuel cell system this year. The fuel cell systems for the mid-sized van range come from Symbio, the joint venture between Faurecia and Michelin. The FCEV vans are based on the battery-electric versions of the Opel Vivaro-e, the Peugeot e-Expert, and the Citroën ë-Jumpy.