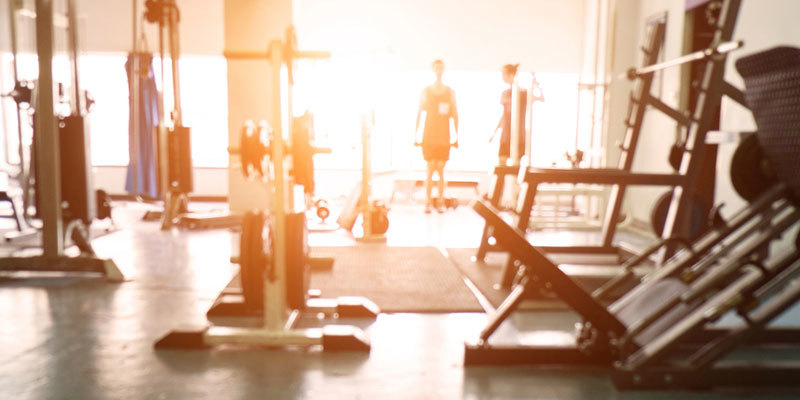 The growth of low-cost

Over the last decade the industry has been pushing in opposite directions: at one end are low-cost operators, who have taken over the sector and squeezed the mid-market, and at the other are high-end operators delivering a differentiated and premium experience.

The segment has grown both by enticing members from mid-market chains, and by recruiting new members who have never had a gym membership before. The squeeze on the mid-market has caused a polarisation in both the UK and Europe; with those operators having been pushed out completely or having to reposition themselves. LA Fitness sold 13 gyms to Sports Direct in 2014 and then sold the remaining clubs to low-cost operator Pure Gym in 2015. Fitness First UK has also succumbed selling 62 gyms to low-cost operator DW Sports in 2016.

The growth of the low-cost segment has driven growth of the overall UK gym market with the following increases seen in the last 12 months to March 2017.

With 9.7 million members, the UK private gym market penetration rate is now 14.9%1. This is still some way behind other comparable countries (19.4% in Norway, 16.7% in Sweden and 16.4% in the Netherlands3) suggesting there is room for growth as appetite for health and wellbeing remains strong.

Many consumers are drawn to low-cost however, those with higher disposable income are prepared to pay a premium for a genuinely differentiated service, high-quality facilities and a broader range of gym activities. The growth in the premium market has provided a platform for these businesses to develop.

JD Gyms, a low-cost chain launched by retailer JD Sports, is rapidly expanding across the country. The company recently purchased the UK division of Ben Dunne Gyms, taking its total to 19, with a further 10 sites committed to open within the 2018-19 financial year. In 2017 JD also opened its first retail gym hybrid.

In late 2017, department store operator Debenhams announced a partnership with Sweat! to launch in-store gyms in early 2018. Sweat! is a budget gym operator founded by Frank Reed, the co-founder of Virgin Active. The company received a £3.75m investment from Puma Investments, a member of the Shore Capital Group, in December 2017.

Market growth will continue to create investment opportunities for PE whilst also generating consolidation opportunities. Going forward we expect to see consolidation in the low-cost segment across Europe, as larger operators battle it out to dominate the market.

An increase in consumers’ interest in fitness has led to a growth in demand for boutique concepts. According to figures from the International Health, Racquet and Sportsclub Association, there has been a 200% rise in boutique studio openings in the last two years. Boutique studios now represent 23% of the UK fitness market4.

Whilst a number of concepts are still fairly new, there have been numerous investment deals in the space recently, proving its popularity amongst PE.

Boutique studios are successful because they are able to provide customers with something they cannot get from a standard gym – personalisation. They are able to provide a service that meets consumers’ individual needs and thus gaining customer loyalty. Personalisation is a consumer trend that will continue to be a driving force over the coming year.

The market is still highly fragmented and so there are plenty of opportunities for future consolidation.

With an increase in health awareness and the growth of gyms, there has been significant expansion within the sports nutrition sector.
Euromonitor reported that the UK is the fastest growing market with retail values increasing by 14% in 2017. The market was thought to be worth £799m in 2017 – up 13% on 2016 and more than double 2012’s £350m5.

High growth over the past few years has driven deals and investment in the space.

Whilst historically products were used by bodybuilders and athletes, there has been a new category of users emerging. These non-traditional users – recreational athletes and gym-goers – are shifting sports nutrition into the mainstream, and also towards a younger demographic, driving growth in the space.

There has also been a big upward trend in bite-sized nutrition. On-the-go products, like protein crisps and bites, are coming to the forefront. It’s likely that the market for snacks like these will continue to grow as consumers increasingly choose convenient products.

It is also no longer just about whey protein. Plant-based proteins as a whey-alternative, for example, have been growing in popularity as they cater to the ever growing vegan population, creating further opportunities for growth.