In this second post, partners Eduardo Morcillo, James Sinclair and Franc Kaiser look at what lessons western companies and governments can learn from China’s handling of COVID-19.

The fact that Chinese doctors are working closely with counterparts around the world shows how the scientific community is desperate to learn as much as possible about the COVID-19 virus before it potentially overwhelms their own healthcare systems. More broadly, governments and organisations alike also have much to learn and observe from the Chinese handling of the crisis.

As the outbreak in China took hold around Chinese New Year, when economic activity regularly slows down each year, Beijing had an advanced starting point for the draconian lockdown measures it then implemented. The rest of the world was in a very different position, having to impose lockdowns on economies that were humming. So rather than seeking lessons from China’s lockdown, it is more useful to look at its reopening of social and economic life thereafter, especially as an increasingly number of Western countries will be reaching this point before too long.

These learnings relate to how China’s feat of coordination improved the speed and efficacy of its response to the outbreak; the country’s growing prowess in applying digital solutions to complex problems innovatively, rapidly and at scale; and a fiscal policy response that focused on the most severe strains in the economy before readying for a return to growth.

When China’s leadership decided to act, the response was both fast and effective. That was by no means a foregone conclusion. Far from monolithic, China’s administrative architecture is comprised of a vast matrix of disjointed government agencies and geographic hierarchies, prone to infighting and inefficiency. Yet despite the rapid spread of the virus, and faced with many unknowns and changing circumstances, China still managed to get ahead of the outbreak and start its recovery. In an emergency, China’s administration proved a master of coordination.

One of the systems that China leveraged was its newly developed social credit system (SCS). The SCS is designed to deter bad behaviour and encourage good, leveraging big data to monitor and score the compliance of individuals and corporates with laws, regulations and other directives. The pertinent feature of the SCS is its centralized platform. The establishment and functioning of the SCS requires information sharing and alignment between the disparate and often rivalrous parts of the administration. It thereby provides platform mechanisms to better connect its working parts, ensure they are talking to each other, and help resolve competing interests.

The production of face masks was a case in point. When China determined it would need a huge supply of masks both during the lockdown and upon return to regular life thereafter, it became clear that it would need to repurpose its industrial base to support the mask production effort. The relevant government agencies were immediately mobilized. Manufacturers with relevant capabilities were identified, designs and specifications were provided, access to financing was given, materials were supplied, technical know-how was shared, inspections were made and product certifications awarded. Through this dynamic and collaborative pursuit, it only took a matter of days for plants that had never produced a mask to start shipping thousands of them. 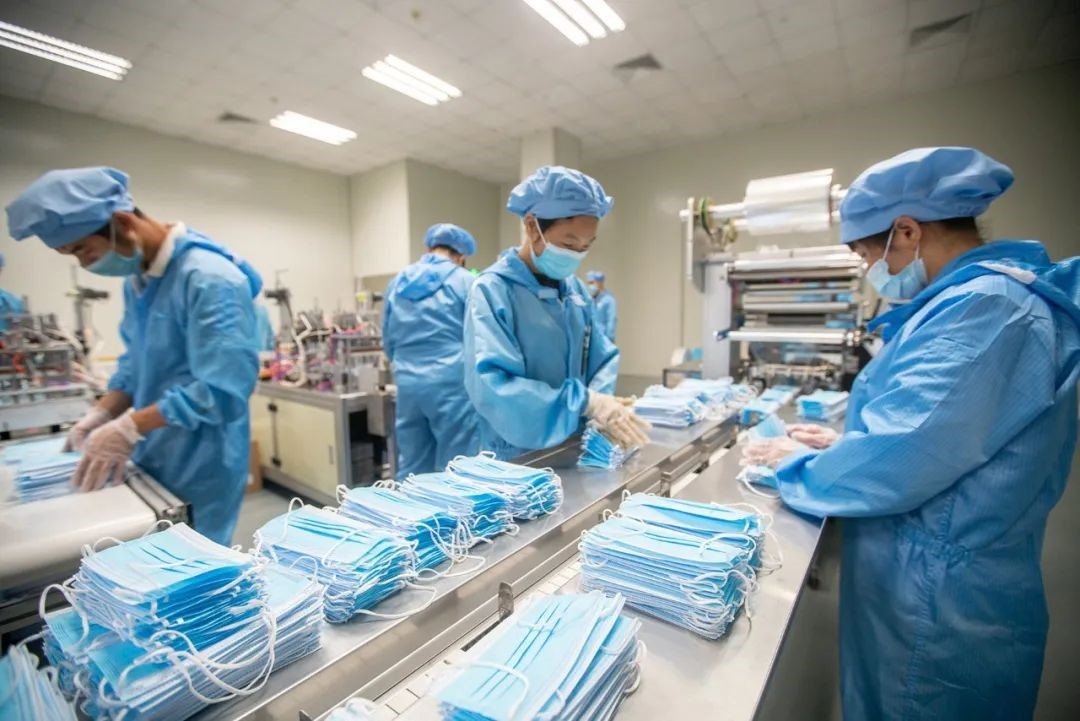 When the pandemic finally abates, Western governments and liberal democracies will have to address the weaknesses in their various responses. Some of these weaknesses will be attributable to the organization and systems of their administrations, and how that affected their decision-making, communication and mobilization. While the SCS in itself is not a solution for the West, there will be lessons to be learnt from how China’s feat of coordination improved its response to the outbreak.

The spread of the coronavirus is too fast to be contained by manual contact-tracing, as the virus continues to be transmitted during the delay from when an infected person is identified to when their proximity contacts have been tracked and contacted. The ability to chase down the virus with speed and at scale was crucial to China’s rapid suppression of the outbreak. It also remains crucial now, as any resurgence of the virus will be able to be contained without having to resort to another nationwide shutdown of the economy. China managed such speed and scale by applying a digital solution to contact-tracing, such that chains of transmission were broken without delay.

China’s solution, known as the “health code” system, is a mobile phone application (or mini-program within an existing app). The app is directly linked to a user’s ID card (or passport), and builds a memory of user movements and proximity contacts. Meanwhile, a central server is updated in real-time with new cases. Each new case then triggers instant notifications to all their proximity contacts, updating their status using a traffic light system.

A red code says the user is a confirmed COVID-19 patient, or has relevant symptoms and is awaiting diagnosis, and requires mandatory quarantine. A yellow code indicates that the user has had contact with an infected person, such as being in close proximity on the same train, and is supposed to be serving a two-week quarantine. Only those with green codes are allowed to move around freely, and without which they cannot travel or enter office buildings.

Success depends on widespread deployment and use of the system. In China, the health code system was rolled out on the WeChat and Alipay platforms, which are ubiquitous and part of everyday life in China. It was first launched by Alipay in Hangzhou in early February, and then spread to more than 100 cities within a week, before eventually going national. Over a billion Chinese now use the system, generally accepting it as routine, and feeling a sense of protection from the transparency it brings.

To many in the West the use of technology and such levels of surveillance will seem too intrusive.

To many in the West the use of technology and such levels of surveillance will seem too intrusive. However, governments around the world will now have to weigh up whether they can afford not to use such technologies when fighting pandemics. Given the level suffering experienced, both in term of lives and livelihood, Western populations may also become more willing to make a compromise. Oxford University is just one of a number of Western institutions working on solutions, looking to address both the technology and privacy issues.

Rather than over-relying on monetary policy actions to support the economy re-emerge from the crisis, China has taken the lead on fiscal stimulus and debt forbearance. The priorities have been the most severe strains in the economy: solving problems occurring in the resumption of production, reducing corporate bankruptcies and job losses as much as possible, and protecting people’s livelihoods. A particular focus has been SMEs, which account for 80% of employment and are particularly prone to cash flow pressures. Targeted measures have included reduced rent and social security commitments (which can be up to a third of an employee’s package), as well as debt relief on bank loans.

The Chinese government has also started to help stimulate demand in specific industries, and this ties in with businesses across the world now having to think hard and fast about changing industrial and consumption patterns in the wake of COVID-19. This is a theme we will return to in future blogs in this series when we take a specific look at industrial sectors, and also at retail and brands. But for the moment it is clear that sectors such as healthcare, online retail and remote services are set to be winners from this crisis. By contrast sectors such as leisure, tourism and hospitality now face enormous challenges.

Both the United States and the European Union have now gone for all-in stimulus measures. At USD 2 trillion, President Trump signed the largest stimulus package in U.S. history, including handouts to households and individuals.

To support a return to economic growth, it is likely that China’s fiscal stimulus will need to go further, and turn to investment policy tools. Existing infrastructure development plans will be brought forward, especially in the worst-hit regions.

Meanwhile, the health crisis may not be over, and government agencies in China remain on high alert for a resurgence of the virus. If there is a new spike in community transmissions, the immediate response is unlikely to be another stint of nationwide suppression. With a better understanding of the virus, and with management and technology systems in place, Beijing is more likely to deploy targeted measures. Affected regions would be quickly and strictly contained, while the economy was allowed to run close to normal throughout the rest of the country. If successful, there may be much for other countries to learn, both in terms of what to expect from a second wave and how it can or cannot be managed.

In our next posting we look at how international companies should now plan ahead, examining action points for those active in China’s industrial space. In another posting we will look at the consumer sector, while we round off the series by exploring the M&A opportunities that now lie ahead.