Despite an impressive roll-call of customers ranging from Rolls-Royce, United Technologies and GE, through to Boeing and Airbus, UK aero parts distributor Pattonair is a company which has kept rather under the radar.

However it is a business without which the industry wouldn’t function. Whether it’s fasteners, seals and clamps, or bearings, the company has been distributing the ‘nuts and bolts’ to leading aerospace players for almost half a century.

It is, however, a company which has caught the eye of investors over the past decade, especially since it was spun out of listed aerospace group Umeco in 2011. Little surprise either, given that Pattonair has enjoyed 20% growth year on year for the last five years, with growth evenly split between existing and new customers, and driven by both the continued rise in the global air fleet and strong MRO market.

CEO Wayne Hollinshead says the roots of Pattonair’s current success lay further back in the late 1990s when it made a proposal to Rolls-Royce to start managing its supply chain for small parts. “Such a move now would be regarded as commonplace, but at the time this was a really innovative step to take and it was one of the projects that really attracted me to join the company in the first place in 2000. Subsequently we were able to learn from the experience of that contract and use it to good effect with other clients.” 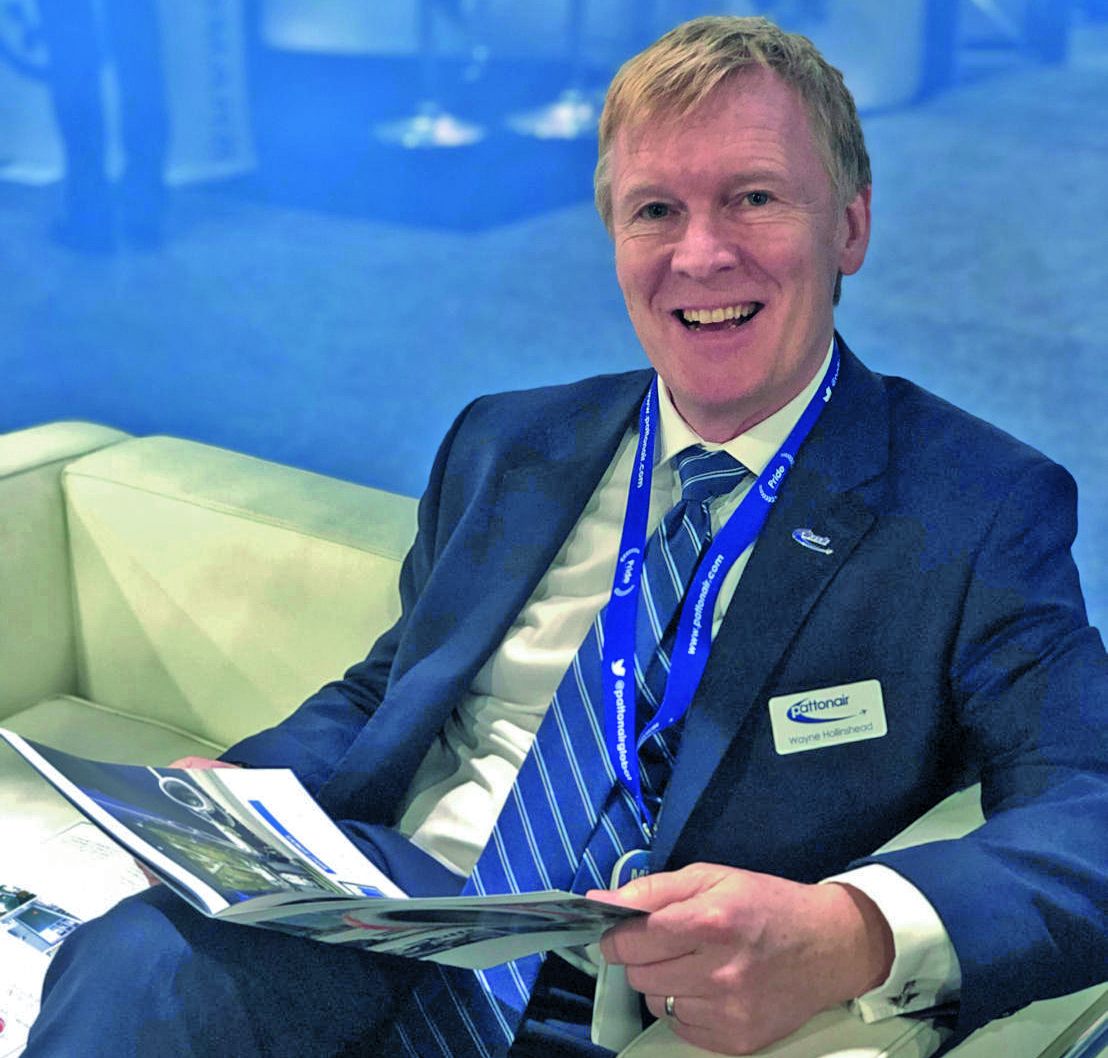 Over the following decade under Umeco’s ownership, the business went on a major acquisition spree, initially across Europe and then further afield to the US, and opening new businesses in Singapore and China. “In order to scale up the business we recognised that we had to be a global company and be winning customers in new regions. If you have no presence on the ground in a country, it is very difficult to run operations in that country. To be a European brand we had to acquire companies across Europe, while to be taken seriously as a global player we needed a presence in the US and Asia.”

When Umeco subsequently put Pattonair up for sale to focus on its composites business, Hollinshead led a buy-out backed by Exponent Private Equity.

He says the vision behind the deal was to create “one truly global business” and one of the key moves was to bring everyone in the business together into one central global IT platform. “That also meant we could move staff around between different countries,” he adds. “We spent a lot of time on people and culture, and on employee engagement, creating a global family feel. Rather than us all celebrating our own small successes in each different country, we wanted to be celebrating all our successes across the globe.”

Having been at the sharp end of the industry for almost 20 years, Hollinshead is well-placed to comment on the huge changes now sweeping the industry.

To be a European brand we had to acquire companies across Europe, while to be taken seriously as a global player we needed a presence in the US and Asia.

He says the most significant change has been the consolidation and “professionalisation” of the supply chain. “It’s also become truly global. We had to respond to that consolidation by creating a central function ourselves.”

Constantly improving its digital offer has been fundamental to the growth story, and he sees huge potential from Industry 4.0, machine learning, increased automation, and the development of blockchain systems.

“We are delving hard into that right now, working with our key partners and evaluating exactly what it means to us while taking a measured approach. How can we use technology to collaborate quicker and faster with our customers and further integrate our systems? How can we get better information to help us make better decisions? How can we improve our forecasting and inventory to improve our service levels? There are also potentially huge benefits in terms of improving traceability and approval systems too.”

He also sees a crucial role for a player like Pattonair in terms of educating SMEs and helping them make the transition to 4.0 technologies.

“We can help them on that journey, but with the natural caveat that we will only work with chosen suppliers who are happy to integrate with our systems. I can see this trend happening right across the industry as larger players help SMEs understand the benefits that new technologies can bring.”

Hollinshead is naturally keeping a close eye on developments elsewhere across the industry, not least the move towards electrification. “In 10 to 15 years you could, for instance, definitely see electric business jets in operation, and in the medium-term I can see a huge push to electric. No-one knows exactly what the future of the industry will look like, but what is absolutely certain is that it will look very different in 50 years’ time to today.”

As it continues to grow its operations further across Europe, the Far East, and North and South America, the future is sure to look different for Pattonair too. Two years ago the business was acquired in a secondary buy-out by Platinum Equity. In August it was announced that the US fasteners and machined parts provider Wesco had been acquired and will now be merged with Pattonair in a deal which further strengthens its global credentials. Pattonair also recently acquired UK aircraft spares company Adams Aviation.